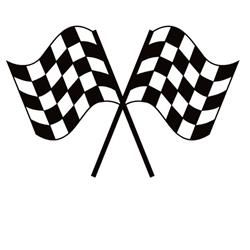 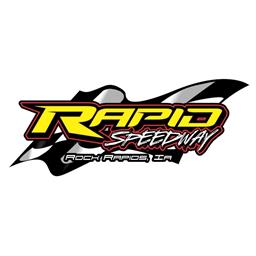 The temps were a little chilly Friday night, but the protection of the historic covered grandstands protected the fans and the engines of 109 race cars kept the action on the track hot.
The competition was intense from the beginning as the SLMR late model series visited Rapid Speedway and started the night with qualifying with Justin Zeitner of Malvern, IA set quick time. Nebraska drivers Troy Daly, Tad Pospil, and Brian Kosiski lead the way for the heat races and set up for the 30 lap main event. At the start it was Andrew Kosiski of Lavista, NE jumping out to a three car length lead, but that lead was cut short as an early caution came out. This allowed the cars to bunch back up and on the restart Kosiski saw the challenges of Kyle Berk from Marquette, NE start to stick his nose to the bottom side and look for the lead while Zeitner was working the high side. Kosiski could hold off Berk allowing Zeitner to come to second around the top and then challenge for the lead. The two would battle side by side for a few laps before a caution would once again fly over the raceway. On the next restart Berk would once again become a factor as he would hit the high side and work his way back into second and a few laps later grab the lead away from Kosiski. Berk would then stretch his lead to half a straight away until finding lapped traffic with 8 laps to go. With only 5 to go Kosiski closed the gap and would put the pressure on, but Berk was able to hold on for the win.
Feature events started the night with the Lems Auto Recyclers Sportsman class and the action was intense at the drop of the green flag. Tyler Bradley, Wyatt Steenhoven, and Justin Van Otterloo engaged in a 3-wide battle to start the race with Van Otterloo emerging with the lead. After a caution last week’s feature winner Brian Kroon would be sent to the back for jumping the start and would allow Steenhoven to put the pressure on Van Otterloo after that. Steenhoven worked the high groove to get around and take the lead down the backstretch. Kroon would eventually battle his way back to the runner up spot and challenge for the lead, but would come up a half a car short at the finish line giving Steenhoven his first win of the year. Behind Kroon was Van Otterloo, Bradley, and Todd Steenhoven rounding out the top 5.
The Sybesma Graphics Hobby Stocks saw a group of hard chargers put on a show for the fans as Tyler Schlumbohm came from 12th to win the event. Eric Gaul of Luverne grabbed the early lead, but a loose wheel went flying off his car and eliminate him from the race early. From there last week’s winner Dylan Fitzpatrick inherited the lead and looked to be headed for a 2nd straight victory, but more bad luck for the leader would show it’s face as he fell victim to a flat left front tire. After the restart Tyler Schlumbohm would work his way to the front followed by defending champion Dustin Gulbrandson would came from 11th and Tracey Halouska coming from 10th, while Levi Vander Weide charged from 13th to take 4th. Doug Brinkhouse would round out the top 5.
The J&L Storage and Service Bmods kept the action happening as it became slide job city with Tyler Johnson and Anthony Roth. The 2 drivers would swap the lead in each corner sliding up infront of the other every other corner. Finally Roth would capture the lead for good and pull away for what looked like his first win at Rapid Speedway, but the Colombus, NE driver would fail post race tech and the victory would be given to Tyler Johnson. Last week’s winner Jackson Mulder grab runner-up honors ahead of Devon Schlumbohm, Tyler Tesch, and Clint Erickson.
The Precision Auto Body Stock Cars produced the first repeat winner of the year as Chad Overgaard once again used the high line to drive his way to victory lane. Austin Brands held the early lead and the Boyden, IA rookie had to hold off heavy pressure from from Chad Lonneman, Dustin Gulbrandson, and Overgaard. As Overgaard assumed the lead the battle behind him stayed intense as Gulbrandson would grab second, followed by Colton Arends in third. Darrin Korthals and Lonneman rounded out the top 5.
Rapid Speedway once again returns to action Friday night featuring the Good Old Time Racing Association Vintage Cars on hand. 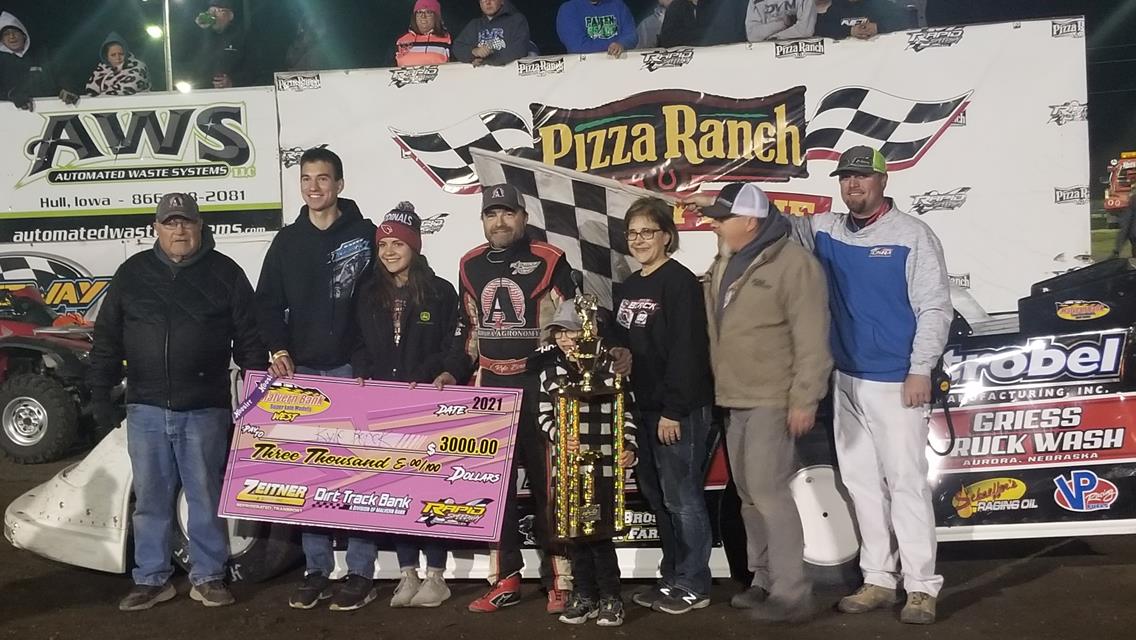